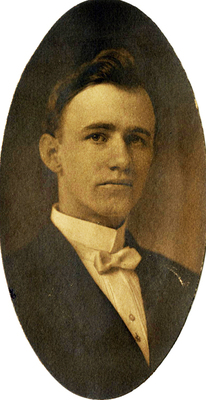 Herman Donovan was the first student to officially register for classes in the Western Kentucky State Normal School. He was born in Mason County, Kentucky in 1887. According to the College Heights Herald

Dr. Donovan arrived in Bowling Green early one morning back in 1906 with only $156.10 in his pocket. He had to sell his old horse, Prince, before setting out for Bowling Green and college.

In the spring Dr. Donovan's money ran out and he began to get ready to leave Western and return home. President H.H. Cherry heard of Dr. Donovan's dilemma and offered to lend him the money to see him through.