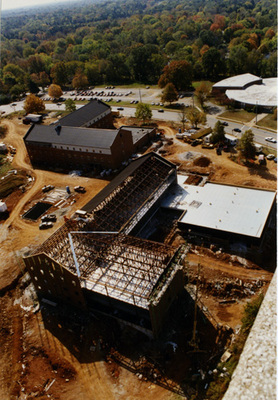 Namesake - Thomas Carter Meredith was born in Owensboro December 7, 1941. He obtained his BS from Kentucky Wesleyan in 1963, his MS from WKU in 1966 and his PhD from the University of Mississippi in 1971. His early career was spent teaching high school in Owensboro, Kentucky and LaHarpe, Illinois. From there he moved into administrative positions in Jeffersonville, Indiana and the board of trustees of the State Institutions of Higher Learning in Mississippi. Meredith was vice chancellor for executive affairs at the University of Mississippi when he came to WKU in 1988.

History - Meredith and Zacharias Halls were financed together by the sale of $7,041,186 bonds and repaid through housing fees. The dorm was dedicated Nov. 1, 2000. At one time the dorm was home to 182 sorority sisters of Alpha Omicron Pi, Alpha Delta Pi, Phi Mu and Chi Omega.