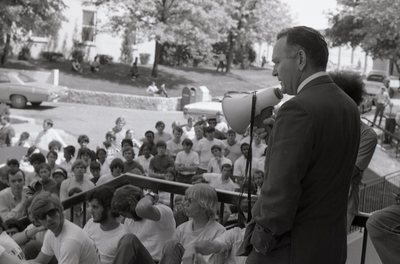 Dero Downing on the steps of Wetherby Administration Building addressing the students.

Strike Western! was WKU's student response to the shooting at Kent State University May 4, 1970. Here is a timeline of events: