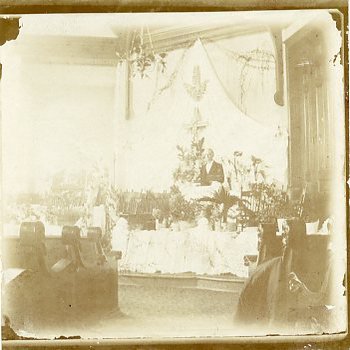 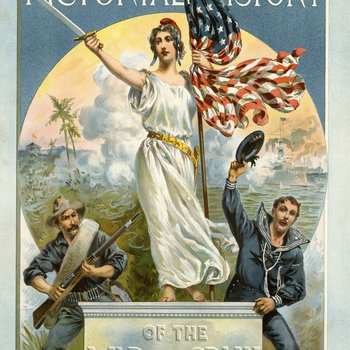 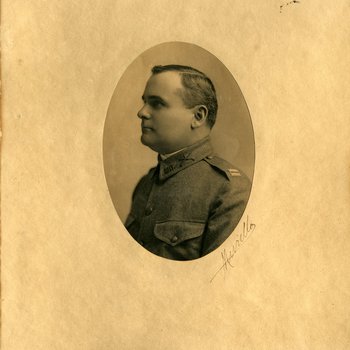 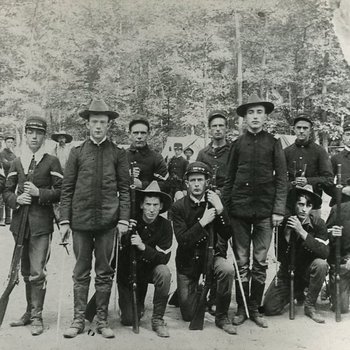 A group of uniformed soldiers, many with arms, standing in front of a military encampment (1961.16.5.19) 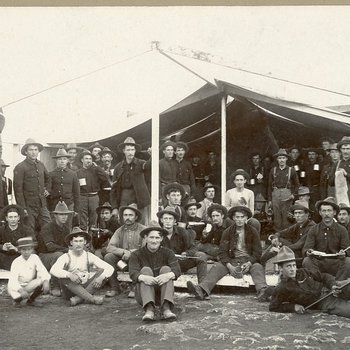 A large group of soldiers inside and partially outside a temporary commissary (1961.16.5.18) 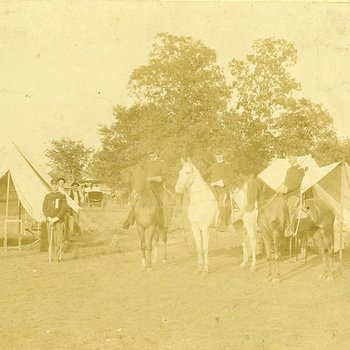 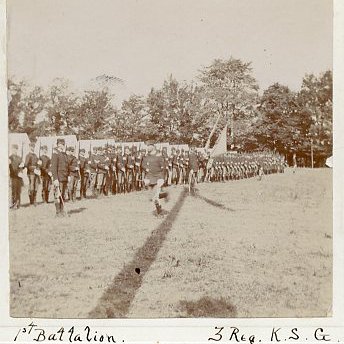 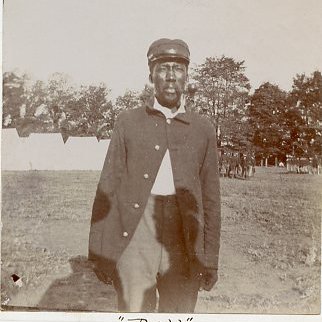 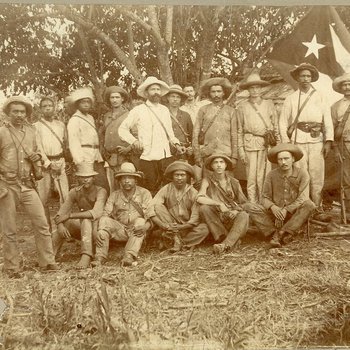 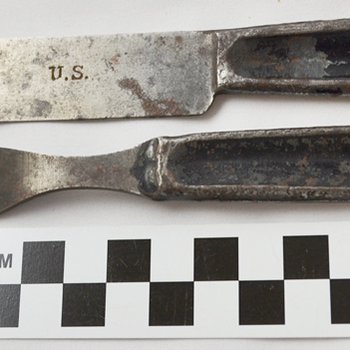 Eating utensils issued to a Kentucky solider during Spanish-American War (1975.65.2) 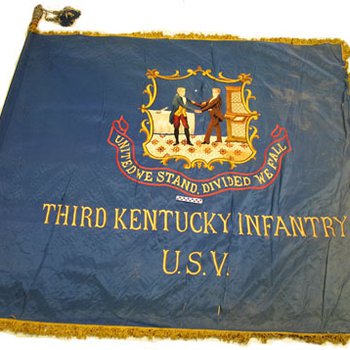 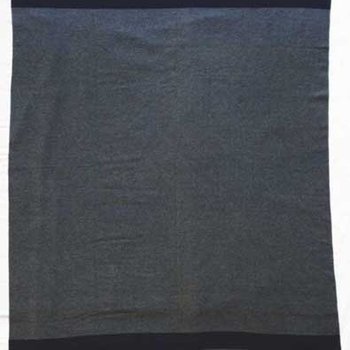 Blanket issued to William Haiden Holman during the Spanish-Amercian War (1974.65.7)