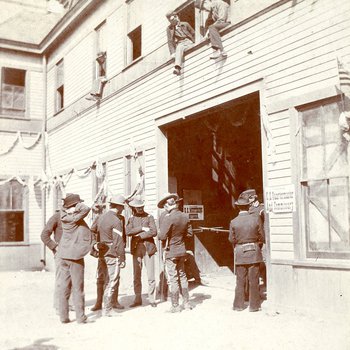 Men gathered in front of a large frame structure, apparently a stable (MSS 31 B3 F8 #21a) 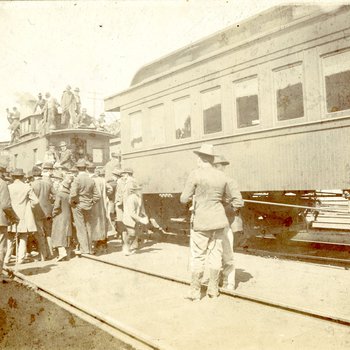 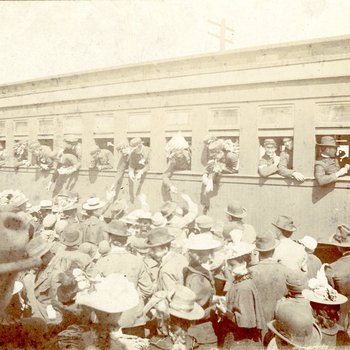 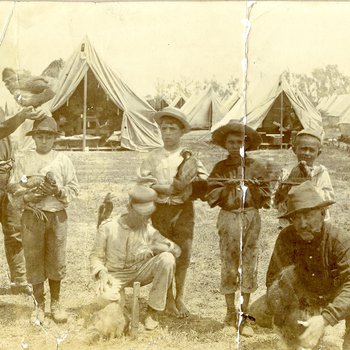 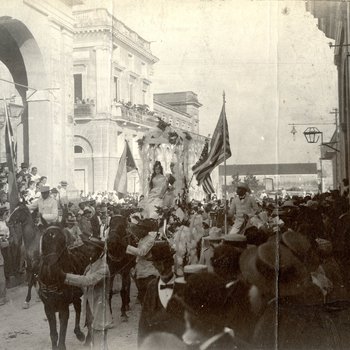 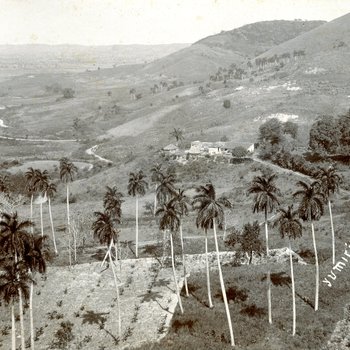 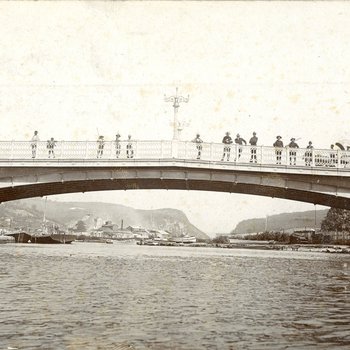 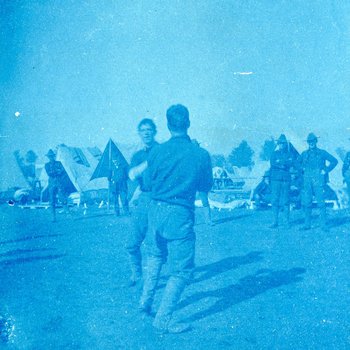 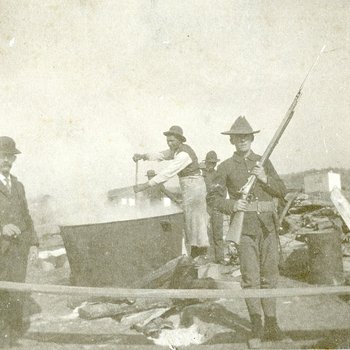 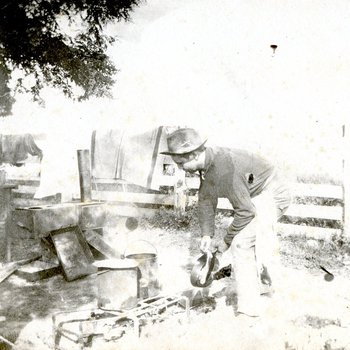 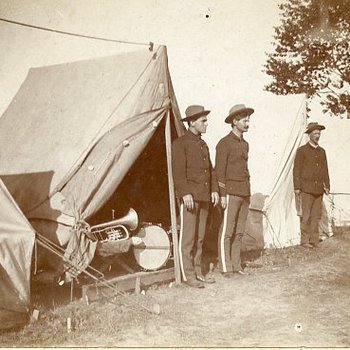 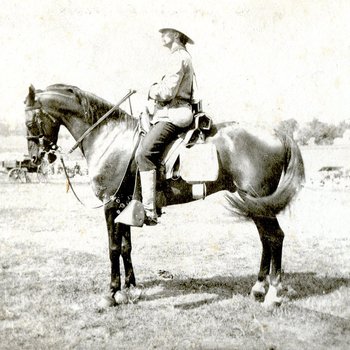